Released Hollywood disaster movie, Greenland in Taiwan ahead of other territories and grossed 80M NT ($2.8M US) during the COVID-19 pandemic.

Announced partnership with SONY Pictures as the only streaming service in Indonesia with SONY’s current blockbuster movies available for transactional video on demand.

Kick-off of partnership with local leading foods brand, Bakmi GM for bundled promotion between its take-away meals and the CATCHPLAY+ service at Jakarta’s first MRT. 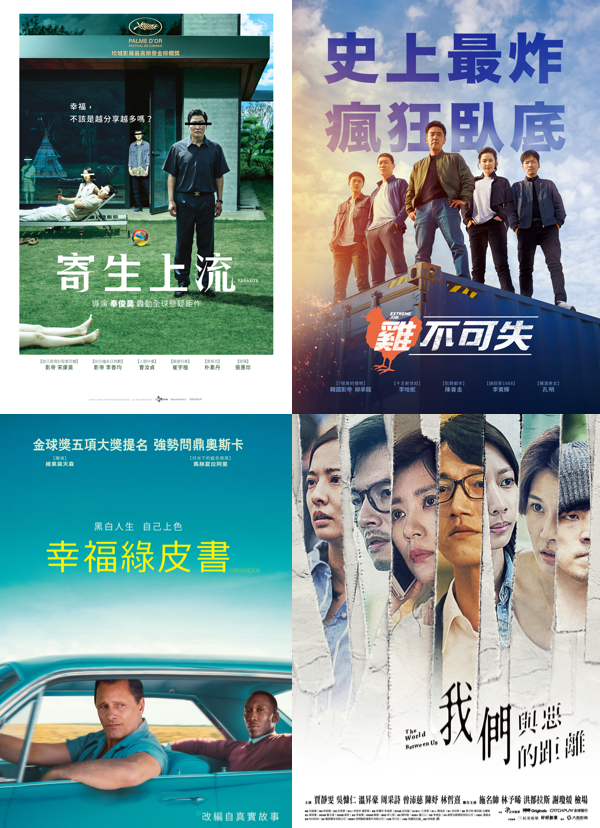 To release Parasite, the first ever Korean movie to win Palme d’Or at Cannes Film Festival. 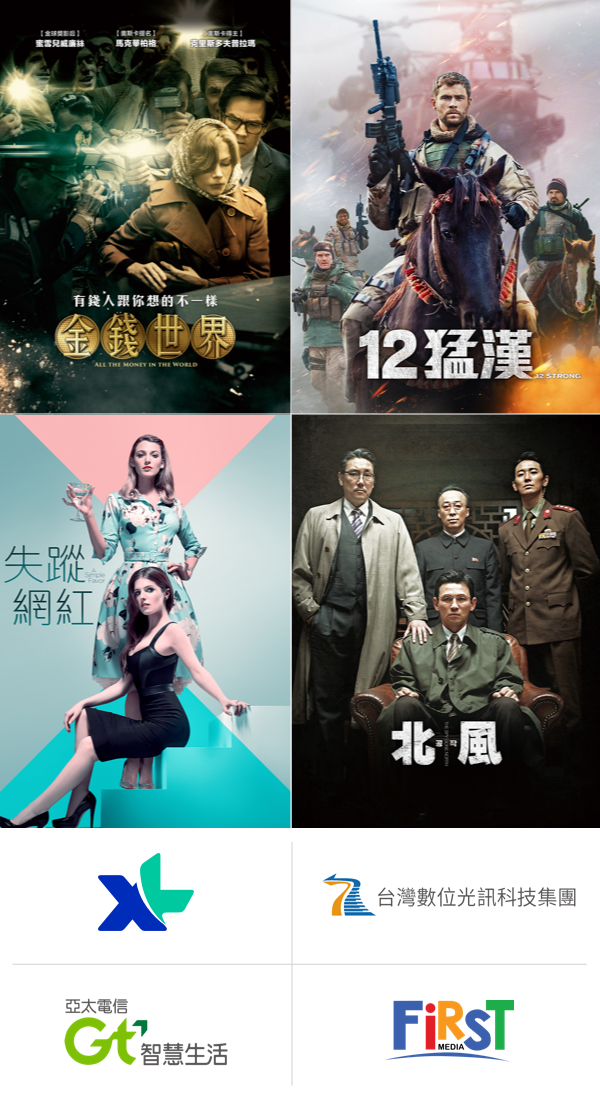 Released 26 films theatrically, including Academy Award and Golden Globe nominated All the Money in the World, along with 12 Strong, A Simple Favor, and The Spy Gone North.

Entered into collaboration with XL Axiata, one of Indonesia’s leading telecom operators for the launch of its high speed home broadband service. CATCHPLAY has been one of its major content service partners with the TV app preloaded onto XL HOME’s OTT set top boxes.

Announced partnership with Asia Pacific Telecom (GT Mobile), one of the leading 4G mobile operators in Taiwan, to provide CATCHPLAY+ as the primary digital movie content service to APTG subscribers.

Launched partnership with First Media, Indonesia’s premium payTV and Internet service operator as its predominant movie content service partner and the only OTT service bundled into the operator’s payTV and broadband packages.

Announced partnership with T-Star, one of the leading 4G mobile operators in Taiwan, to provide CATCHPLAY+ as the exclusive digital movie content service for T-Star subscribers.

Announced a partnership with Telkomsel, the largest mobile operator in Indonesia.

Launched a partnership with Tokopedia, one of the largest EC platforms in Indonesia.

Distributed the BBC hit series Sherlock Season 4 exclusively for Taiwan, day and date with the UK.

Released 27 films including London Has Fallen, Assassin’s Creed, Dirty Grandpa, The Handmaiden and CATCHPLAY invested film, Academy Award and Golden Globe winner The Revenant, a movie that grossed more than US$ 65 million in Taiwan, China, Hong Kong and Macau as distributed by CATCHPLAY and partners.

CATCHPLAY+ launched in Indonesia in collaboration with IndiHome, Telkom Indonesia as the first OTT VOD service to come on board the leading pay TV and broadband operator’s hybrid Set Top Box.

CATCHPLAY+ launched the service in Singapore through partnership with StarHub, becoming the predominant movie content provider for the operator’s pay TV and OTT platforms.

Co-financed and assisted director Martin Scorsese’s shooting of his historical epic Silence in Taiwan, completed in 3.5 months and becoming the first international film to be shot entirely in Taiwan.

Announced a partnership deal to invest in New Regency’s The Revenant, Assassin’s Creed, and Splinter Cell, marking the first time a Taiwanese company has invested in a Hollywood studio production.

Co-produced 20 Once Again with CJ Entertainment, which grossed $380 million RMB in China.

Signed a multi-year deal with FarEastone, one of the leading mobile operators in Taiwan, to include a CATCHPLAY branded section in its VOD service to provide CATCHPLAY’s leading movie content for FET’s subscribers.

Signed with major Hollywood studios including NBC Universal, Warner Bros. and Disney to provide their content for digital platforms in Taiwan and other upcoming Asian markets.

Made our first investment in a Mandarin-speaking film, Paradise in Service, which was selected as the opening film at the Busan Film Festival.

Mr. Harvey Chang and Ms. Daphne Yang came on board at CATCHPLAY, with Mr. Chang as the Chairman and Ms. Yang as the Executive Director of the CATCHPLAY Group overseeing all business and operations.

Released 68 films theatrically including The Hunger Games, grossing NT$150 million in Taiwan, action blockbuster The Expendables 2 and award-winning films The Iron Lady, My Week with Marilyn and W.E..

Released 122 films theatrically including The Expendables, Red, Kick-Ass and Three Idiots, which went on to have the longest theatrical run in Taiwan in the last ten years and achieved the highest box office results for Indian films in Taiwan. Also distributed 160 titles on home videos.

Released 12 films theatrically, including In the Name of the King: A Dungeon Siege Tale and 16 titles on home videos.

CATCHPLAY was founded with Mr. Timothy Chen as the Chairman to focus on online gaming peripherals and online paid video. Launched the “NT$39 Online Rental” service.